From Chapter 4 of a remarkably insightful book, written over 100 years ago and from a most unlikely source, a Carthusian monk, we the following …

We have seen how the necessity, advantages and duties of the two ministries, active and contemplative may be deduced from our Lord’s own words. The world in its feverish activity now understands but half of God’s design. It appreciates action, but not contemplation. Men know and perceive and acknowledge the need of action, and they esteem highly whatever acts and agitates, and nothing else. In so doing they are only being consistent with human nature, but they are mistaken.

Activity is indeed necessary, and cannot be too highly esteemed, but it alone is not enough, or rather if it suffices in the bustle of everyday life, it does not suffice for that of a Christian, which is a union of divine and human elements. In our present century, when faith is departing, as soon as a generous soul flees from the world and seeks refuge in the solitude of the cloister, men speak of it as a cowardly act, not in keeping with the age in which we live. They assume that this outwardly inactive existence was a beautiful outgrowth, a luxury produced by faith in the days when faith reigned supreme.

But now that we have to defend every foot of our stronghold, and are losing ground day by day, we need active combatants, and have not too many or even enough of them. Under such circumstances, how can we view with approval those souls which are filled with faith and yet quit the field of battle? This is what people say, though they do not know what they are saying. They talk of battle, with out seeing what sort of battle it is; and they speak of a battle field, and do not perceive where the contest rages most fiercely. They accuse the most generous souls of abandoning the fray, when they are really engaging in the hottest part of the struggle.

In recent years, I have purposefully and intentionally withdrawn myself from being a man of profile and of the platform in Christian circles. There are a wide range of reasons for that, but suffice to say, in doing so, I have discovered a wonderous beauty in a place called “obscurity”.

It is a place that has become so rich and beautiful to me, that I am always extremely reluctant to leave it. (I think in some ways, I might make a good hermit! … only in some ways ….)

But withdrawal from the maddening demands that public ministry places on you, has had a remarkable benefit for me. That is, I have begun to think more clearly and to see things more broadly. Essentially, I have become more of a thinker than a talker. And I’ve realised something in that place …

Don’t get me wrong, we do have some. But we need more. MANY more …

END_OF_DOCUMENT_TOKEN_TO_BE_REPLACED

Today, is the seventh annversary of the attacks on the World Trade Center in New York City on Tuesday, September 11, 2001.

Last night, Jo and I watched a special on pay TV that featured a great deal of previously unseen footage from the day, forming a timeline looking at the events from as many perspectives as possible. From unedited news media footage, to private home movies shot on the day from within and outside of Manhattan, the special was immensely powerful, deeply moving and horribly sad.

Because I was in upstate New York on that day, was watching the news at the time the first reports went to air, and then had to live through the direct aftermath, like it or not, I am tied to those events. So, once again, I offer this made-for-radio special which I produced for this tragedy’s first anniversary, in an effort to never allow ourselves to forget two things; the innocents who lost their lives that day, and that the world we now live in is a very different one to that of seven years and one day ago.

This special first aired on Sydney’s 1032 at 8.47am on Wednesday, September 11, 2002 and it literally stopped the audience in their tracks. It has since aired on the Vision Radio Network in nearly 250 communities across every state and territory of Australia.

My prayer remains that the United States of America might earnestly consider her actions in the light of the Christianity they profess to embrace, both prior to, and since that day.

You can choose to stream this 35 minute made-for-radio special using the player below or you can download it as a tool for evangelism or for use in your church or small group meeting.

Likewise, if you are a radio programmer, you are free to use this production on-air. All I ask is that you let me know you’re using it.

END_OF_DOCUMENT_TOKEN_TO_BE_REPLACED 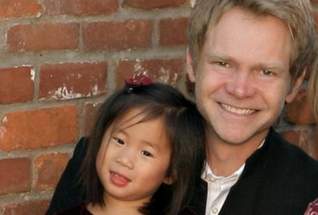 END_OF_DOCUMENT_TOKEN_TO_BE_REPLACED

I have been watching the events surrounding the elections in Zimbabwe with great concern for some time. The following is from the News Corporation website tonight:

Post-election violence in Zimbabwe could reach genocidal proportions without intervention from the international community, the country’s church leaders have warned.

"We warn the world that if nothing is done to help the people of Zimbabwe from their predicament, we shall soon be witnessing genocide similar to that experienced in Kenya, Rwanda, Burundi and other hot spots in Africa and elsewhere,” leaders of all denominations said in a joint statement.

"To the Southern African Development Community (SADC), the African Union and the United Nations to work towards arresting the deteriorating political and security situation in Zimbabwe.”

A recount of ballots is under way in Zimbabwe in the wake of the March 29 elections, amid allegations that longtime leader Robert Mugabe, 84, is trying to steal the outcome and cling to power.

There are two basic things that concern me about this situation besides the obvious destruction of a nation: