This month we decided to move the date for Breathing Space a week earlier to allow some of our regulars to be a part of it, given that one of them is about to leave for a two year posting to Dubai with her husband. To facilitate that, I asked one our regulars, Pauline Loughhead, to lead the morning and midday prayers because I needed to be on-air at Sydney’s 1032 until midday. I was one of the "extras" that arrived in the afternoon, along with my 11 year old daughter who wanted time alone with God.

Breathing space was a different place for me in May, as I had a part in leading Morning Prayer and the Eucharist and saw things from a totally different perspective. How blessed we are to have Kerry who facilitates with such aplomb while we sit and enjoy God’s presence!

We were seven this month (nine during and after lunch), but for most of the day there were two for me .. just me and my heavenly father.

Having come to a new place in the realisation of the indestructibility of my assurance of God’s love for me during the difficult week in the lead up to Breathing Space, I was in a special place and slipped easily into that place where God speaks into my inner being.

Someone asked me, "how do you hear God speaking to you, is it with words, is it audible?"

END_OF_DOCUMENT_TOKEN_TO_BE_REPLACED

Already people are starting to ask me what I think about what some are calling the Lakeland Outpouring in Florida, USA. It seems that thousands are already making the pilgrimage to "catch the anointing" and bring it home.

That alone makes me wonder about people’s motivation. Will they return to obscurity to simply do the work of the Father they’re now empowered for, or are they going in the hope that they may be the next great superstar ministry to bring revival to their city? That’s a little cynical, I know, but it’s a question that needs to be asked.

I recently even had a well-meaning friend call me saying, "Oh Kerry, this is the BIG ONE!"

Sometimes discernment can be a funny thing. You don’t know why you know something, you just know you know .. y’know?  Well, in response to those who are already asking, I would like to offer Robert Holmes’ and Brian Medway’s collective response to Lakeland as an answer, which you can also read at Storm Harvest, since it strongly reflects my own thoughts and concerns.

We are whole hearted supporters of revival, and certainly the renewed focus on the miracle working aspects of the gospel. We love the documented testimonies being shared by Bill Johnson and Kris Vallotton of www.ibethel.org in California. Fervour for God, and a desire to see revival are good and godly things. A renewed interest in ministering with angels, prophetic ministry and sharing the testimony of Christ in these last days is admirable too (Revelation 19:10).

So how about Todd Bentley and the Lakeland Florida phenomena? More than a dozen Christian leaders have written to us in the past week, asking what our take on all this was, and whether we thought this was a genuine move of God. That we cannot tell you – for neither of us has been over to it. For reasons outlined below, we have no intention of going. What is being broadcast (also outlined in more detail below) in Lakeland leaves us rather disturbed.

A close ministry associate hosted Todd Bentley in Melbourne, Australia, and can testify to the positive influence he had during events a few years ago. Indeed heaven touched earth. Another ministry associate in Nigeria testified to the genuine miracles and healings which took place there under his ministry. A friend in Carolina testified to Todd’s recent honour toward older prophetic men such as Paul Cain and Bob Jones. This is all good.

By no means do we wish to encourage heresy hunting, or criticism of other sincere brethren. What do we gain by spending time and energy criticizing others? What do we gain spending time and energy publishing material denouncing others, let us seek Christ. Our reason for writing is to sound a warning, to refocus our attention on things that are true and things which really matter…

END_OF_DOCUMENT_TOKEN_TO_BE_REPLACED

Technology speaks as a mirror reflecting a powerful Kingdom principle. Let me explain …

I do a fair bit of work in broadcasting. Earlier today, I was standing in the Master Control Room at Sydney’s 1032, one of the Christian radio stations I work for, and was chatting with the station’s chief technician. We were marvelling at how things in that room had changed since the days when both of us worked for 2WS, the previous radio station to own the studio complex. 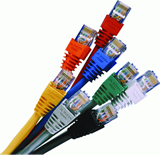 Equipment racks that once filled the room with analogue broadcasting gear have now been reduced to a quarter of those originally needed because of newer digital technology. Huge cable ducts that were built into the concrete slab floor of the room are now empty channels, as all of the audio cabling has been transferred to a handful of CAT6 networking cables.

I said to Jack, "Hasn’t this room changed?!"  He then took me to a rack unit and showed me some new servers being installed. In comparison with some of the older ones yet to be replaced, these new ones are tiny! And Jack said, ".. but they’re filled with terabytes."

I replied that it "… was amazing how everything was becoming smaller but more powerful." And then, when going our separate ways, I joked with Jack saying, "It’s just like old age .. you get smaller, but you get more powerful!"

We laughed … but then God spoke to me. "It’s the same in the Kingdom", He said, "The smaller you get, the more powerful you become".

What a truth!  And what a lifetime challenge!  Because everything about my fallen humanity wants to become bigger, to have more and to become higher in profile. But the "smaller" I get, the more of Jesus I reflect, and ultimately, the more powerful I become in the Kingdom as a result.

Oh, that we would learn this lesson!